Date: May 2022
Author(s): Veena Sriram and Sorcha A. Brophy
Publication type: Blog
Published by: The Conversation

Note: This blog was originally published by The Conversation on May 3, 2022.

Countries around the world are barrelling towards a health workforce crisis. Driven by unrelenting waves of COVID-19, poor working conditions, inadequate pay and a host of other factors, health workers in many countries, including Canada, are exiting the workforce in unprecedented numbers.

Health workers have not been silent in the face of these issues — far from it. The past decade has brought an increase in health worker protests, particularly in low- and middle-income countries.

As researchers who study the strategies used by health workers to collectively influence policy, we were keenly interested in why health workers were protesting with such frequency during the early months of the pandemic, despite much public recognition as “heroes” and “warriors.”

We assembled a research team to investigate health worker protests during the first year of the pandemic. Through our research we hoped to understand the frequency and geographic distribution of these protests and to explain what issues lead health workers to protest. 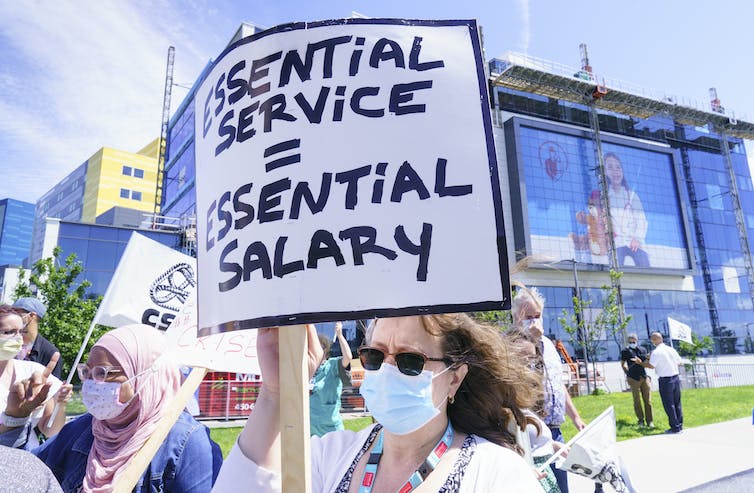 McGill University Hospital workers protest to extend bonuses offered by the Québec government to all health-care workers in Montréal in August 2020. THE CANADIAN PRESS/Paul Chiasson

To answer these questions, we used the Armed Conflict Location & Event Data Project (ACLED), a global database on political violence and protest. Our team systematically analyzed 6,589 health worker protests that took place between March 2020 and March 2021.

Here are our key findings:

In the third year of the pandemic and an ongoing and escalating health workforce crisis, evidence of health worker frustrations is now particularly urgent. These workers need more than public expressions of solidarity — they require adequate and timely remuneration and benefits, decent working conditions, workplace protections, safety and adequate resources to perform their roles.

In many ways, the demands expressed by health workers mirror demands by the accelerating labour movement across the United States, where “frontline” workers at major companies are using collective action techniques such as workplace organizing, active use of social media and other virtual tools, and coalition building to demand better conditions and improved accountability. Decision-makers at all levels of government need to increase their efforts to provide resources and protections to health workers at all times, including during health emergencies such as COVID-19.

Looking to the future, it is imperative that we match our public expressions of appreciation for health workers with policies that provide dignity in the workplace, decent working conditions, appropriate remuneration and strengthened systems of accountability. This is of particular concern for health workers who work closest to communities, such as community health workers or long-term care workers, who are overwhelmingly women and poorly remunerated.

Failing to respond to the dissatisfaction expressed in these protests risks escalating the health workforce crisis into catastrophe. 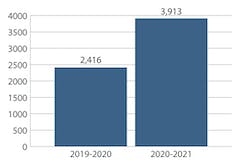 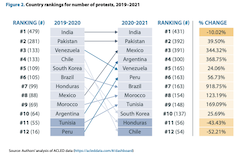 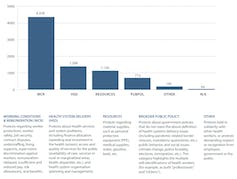 Sorcha Brophy is an Assistant Professor in the Department of Health Policy and Management at the Mailman School of Public Health, Columbia University. Dr. Brophy is an organizational sociologist who explores the challenges organizations face as they create ethics policies. Her current research agenda focuses on politics within professional medical associations and on global health worker protests. Dr. Brophy is also conducting research on state politics around the provision of health care for foster youth. Her work has been published in management, policy, and sociology outlets including the Journal of Professions and Organization, Health Affairs, Sociology of Religion, and the Journal of Health Politics, Policy and Law.

Veena Sriram is an Assistant Professor with a joint appointment in the School of Public Policy and Global Affairs and the School of Population and Public Health at the University of British Columbia. Her research focuses on understanding power and politics in health policy processes, with a focus on health workforce and governance. She has conducted research at the national and state level in India, exploring a range of health policy and system questions, including medical specialization, health workforce policy development, the functioning of national health authorities and emergency care systems. Her work has been published in Social Science and Medicine, Health Policy and Planning and the Journal of Health Politics, Policy and Law.